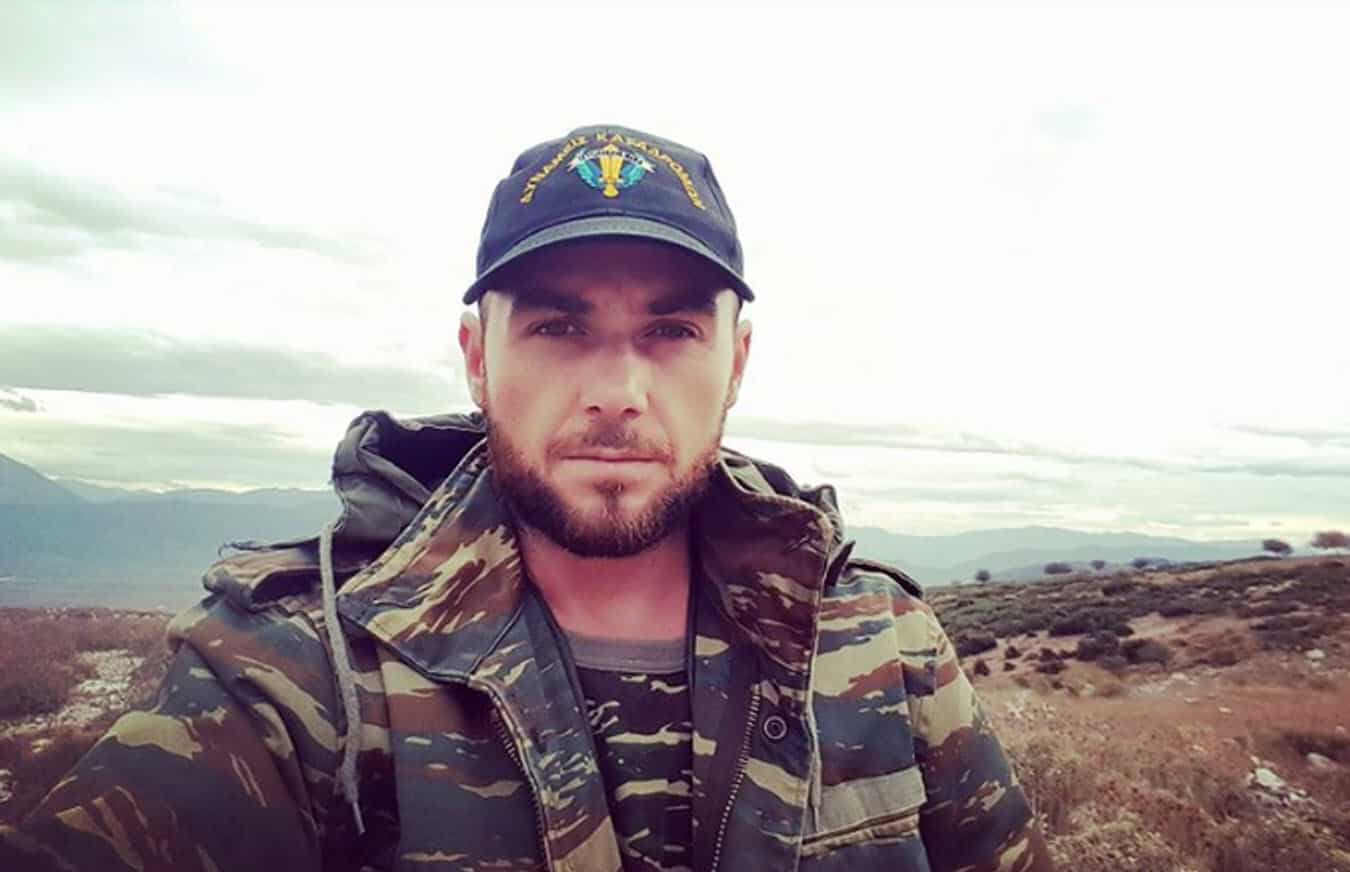 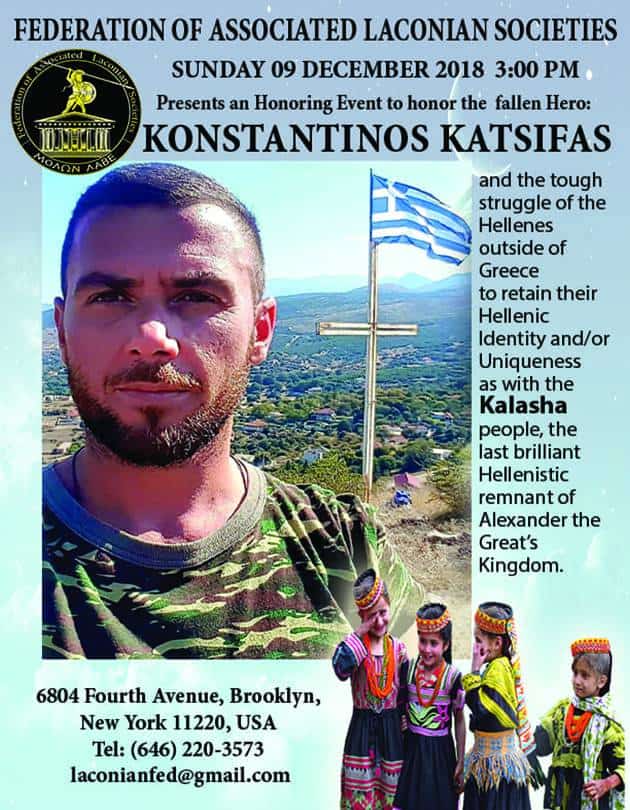 A synoptic presentation of the life and death of Konstantinos Katsifas.

Konstantinos Katsifas, the son of Ioannis and Vasiliki Katsifa, was born in 1983 in the Greek Village Vouliarates of the Argirokastro Perfecture in Northern Epiros, modern day South Albania. His family immigrated to Athens Greece, when he was seven years old. He went to school and according to his father, he was inspired by the heroism of the Greek Soldiers who died fighting Musolini’s Italy in the second world war. Many of them were buried in the cemetary of Heros, close to his village.

Even though he became a successful businessman in Athens and became a father, he went back to his village because of his love for the Hellenism of Northern Epirus.

There according to local witnesses, he was threatened and brought repeatedly to the local police station. He was warned not to continue to do empowerment actions for the Hellenicity of the Northern Epirotes, and raise the Greek flag in the cemetary of the Fallen Greek Heros especially on October the 28th, the National OXI day of Hellenism, in the war against the Axis in which Albania was with the Axis.

However, he had the legal Right to raise the Greek Flag, because the Greek people of Northern Epiros constitute an internationally recognized Ethnic Minority.

Psychological threats and pressure increased as October the 28th 2018 came near. Threrats were very real and convincing. Other young men from the Northern Epiros Minority were killed in the past, like Aristotle Goumas who was killed because he spoke Greek. Nevertheless, our hero disregarded the threats and raised the Greek Flag on October 28th 2018.

He was directly threatened, and gun shots were heard. Konstantinos run to his house. He got his gun. Coming out of his house, he was being shot by the police and he run towards a nearby mountain. As per local witnesses, police forces of 50 to 100 men, with special snipers brought from the Albanian capital Tirana and with the help of a helicopter, approached him. Konstantinos spoke with a local Shepperd. He could easily have crossed into the nearby Greek territory and safety. He did not! He turned back towards his village. Why not? Why did he turn back?

We can wonder if he had decided to sacrifice himself in order to awaken all Hellenes to the plight of our oppressed Hellenic brothers. In his facebook post, a few days prior to this sacrifice he wrote that Tsipras (the prime minister of Greece) and Rama (the Albanian leader) have their own plans, but the hardcore youth of Northern Epiros have not yet spoken.

He spoke for the youth of Northern Epiros loud and clear. He spoke with his Hellenic Voice and his ultimate Sacrifice.

There is not a single visual or other credible evidence that he shot against the police. He was killed with two bullets in his heart, shot from a distance of about 25 meters. This shows that he was probably not actively resisting, and that he was executed.

Local witnesses say that he died shouting Long Live Greece. The Greek coroner said that he observed a smile in his face.

His “great crime” was his love for the perpetuation of Hellenism, and raising the Greek flag on the 28th of October 1940 OXI day Greek National anniversary.

This document was writtern for the Federation of Associated Laconian Societies by:

Disclaimer: And it is based on public reports by newspapers, social media, TV interviews, etc, and while we believe strongly these reports to be true, we can neither vouch nor are we responsible for their total truth and/or authenticity.